Today I want to speak about my favorite neighbor in FreeCuvry.

In the beginning, just arrived in Cuvry, we started to build near the entrance of the river side, beside the long concrete wall and floor, rest of the basement of a previous building, but after three weeks of working some guys who make graffiti came and “very kindly” told us to build our house somewhere else because, if we had built there, they would have destroyed…so, without try to discuss with them (anyway it’s always useless talk with this kind of people), we have destroyed the structure we had built until then and we moved all our materials under the big chestnut tree, there we started to build our home, it’s there that it is still today, and it was there that we started our friendship with Adam.

He lived in one the houses in the center of the area, in the big Polish community. He has visited us since the beginning, watching us working everyday, seeing our house growing day by day. Every day, before going to work (collecting bottles around Berlin), he stopped by us just to say “good job” and asking for a cigaret. The majority of the time he was totally drunk…like the majority of the people who were living in FreeCuvry that time…
Little by little we noted a changing in him, he was drinking less and we were able to make with him more normal conversations. And when the winter was gone, in a day of April, he came to us with a tent and he told us he would have lived beside our house.

From that day he is our best neighbor. He built his wood house this autumn and, although sometime he is too drunk, he is one of the most honest men I’ve ever met. He asks us almost everyday for cigarettes and tobacco, but then he brings us something to eat, he cares and controls always our house, because FreeCuvry is a open area and everybody has to care about the safety.

For this Adam is the best neighbor you can have.

Yesterday there was the christmas party in FreeCuvry!

From last monday we had to prepare the Pagoda (the common space near the big, big tippy in the river side) for the party, little by little…
Some people are already living in FreeCuvry, but we don’t work so much together. Also if is not yet too cold in Berlin, winter is coming and everybody are fixing the own house to be ready for the hard season. I’m also working almost all the time in my house.

For all these reasons it is good sometime working together, we can know better each other and create a more united and stronger community, everybody doing what he/she can do, any small thing it’s very important.

I showed my video works on the big wall over the graffiti.

It was a nice collaborative work.

The people in Cuvry are free, free from schemes and convections, free from society and good behaving rules. So at Cuvry’s party everybody is free to do whatever he/she wants, in the good and evil…

In a christmas party in Cuvry you can meet every kind of people, from the neighbor old ladies with her long elegant coat, to the girl with a with a real white fox fur and a gold scarf, to the girl who tried to choke herself with the cable of the projector because she thought her love was ended.

But yesterday there was a person at the party whom I want to speak about little bit more: Adriana. She is a german woman, about 40/50 years, maybe less, but the street-life made her to seem older than she really is. I don’t know how long she lives in the street and which kind of obscure past is behind her, but today she is like she has lot of demons around her, you can heard their voices when she laughs.
When she speak you can’t really understand what she is saying, and if she is really speaking with you or with one of her demons.

Yesterday her favorite activity was burning stuff into the fire drum. First she started to burn wood, also if the fire was already strong and not thinking about the wood is the most precious thing in Cuvry, it is never enough. Then she started to burn all the christmas trees she could find and throw into the fire, then she burned her wicker basket, then glass bottles and plastic trash, and everything she took, she threw into the fire, like she wanted to burn part of herself…just one thing she didn’t burn, the japanese ax that she stole from Yuki. If Ilaria, another italian girl who live in FreeCuvry, had not told us she saw Adriana to steal Yuki’s ax, we could never had it again. It was not easy to take it, she was throwing me into the fire like all the other stuff, but in the end we had our ax again!

This is normal christmas people in FreeCuvry. 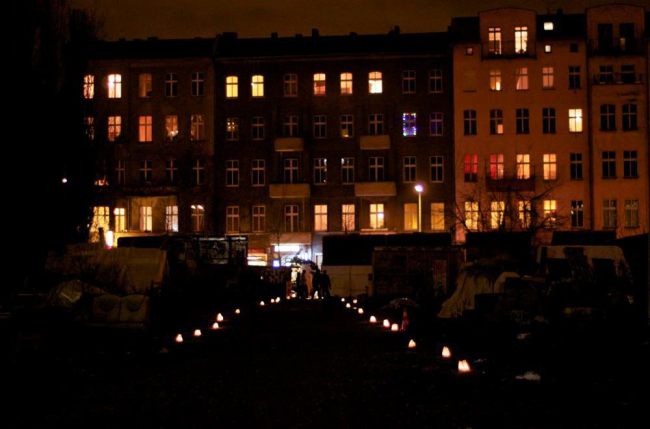 I’m building the kitchen for my house since i have come back in Berlin (extension at the North front ). From september Berlin is getting cold day by day, but I have to wash kitchen stuff outside. Always i put bucket of water for wash outside, one day in the morning that water was ice, of course I was not in the mood to wash the dishes and freeze my hands! I really like cooking, it’s one of my favourite activity and i think cooking is very important, of course for saving money but mainly because if i don’t cook at my home, i don’t feel like i’m living here…that’s why i’m building the kitchen and now it’s almost finished! Finally I can wash and cook inside. aaaahhh! But it took time because my partner couldn’t work so much with me.
We spent about 1 month to build the house but just the kitchen took almost 2 month… anyway alone everything is hard in FreeCuvry! 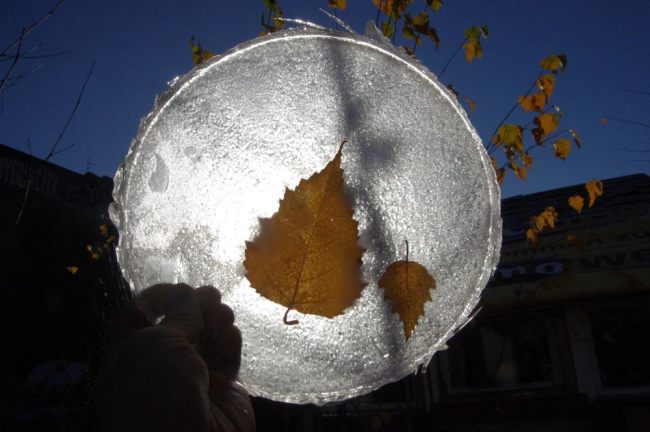 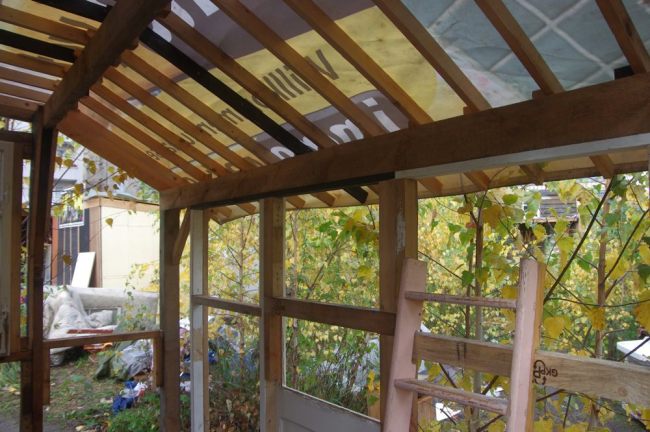 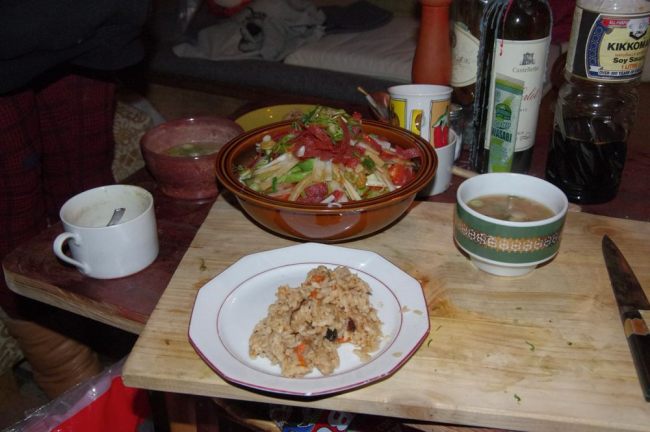